Last post by 0_shashwat_0 - December 02, 2022, 03:46:26 PM
I have been playing gta connected since a year with my friends on gta 4. It's synchronisation is excellent. But in gta 5 there are no mods with good sync. So me and my friends request you please develop this application for gta 5. It will be extremely fun to play. Currently no application provides this much good sync on gta 5.
#2

Hey! This is my new and first simple server for GTA Connected. Currently, I working on basic systems on server like accounts, and some additional activities. Now, you can fight on DM arenas, found packages and meets with friends, all in darkly Liberty City.
Enjoy the game! 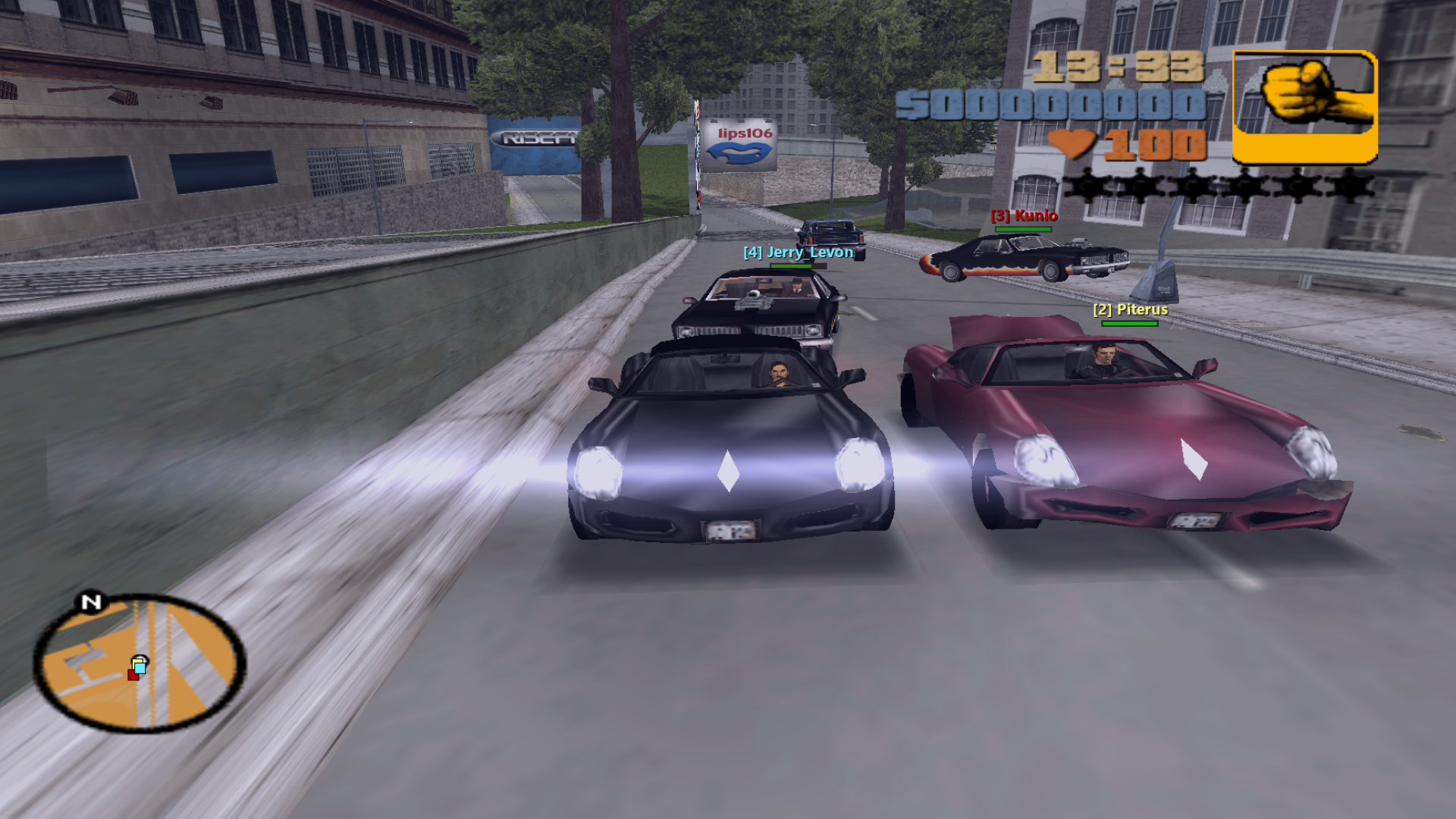 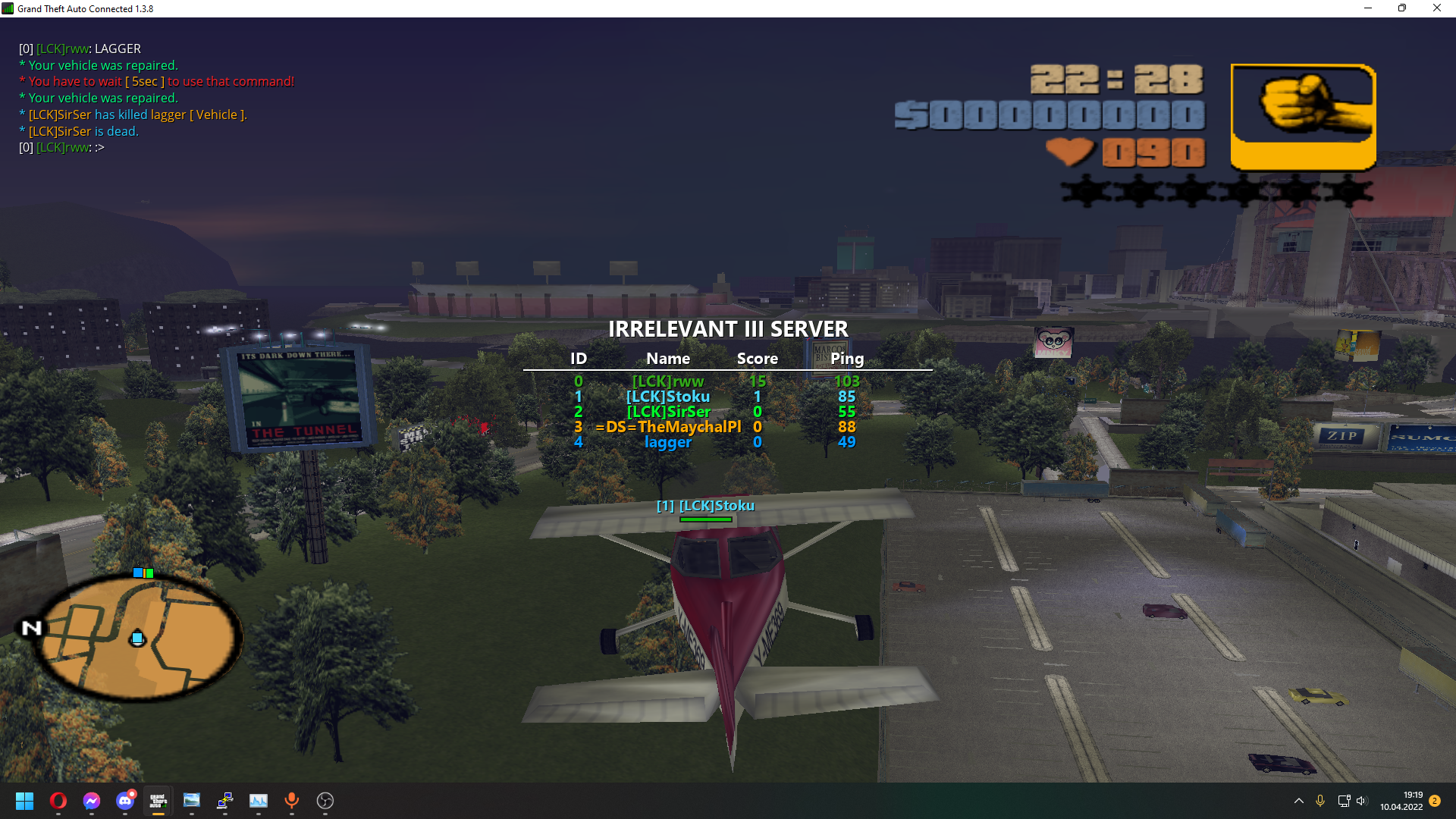 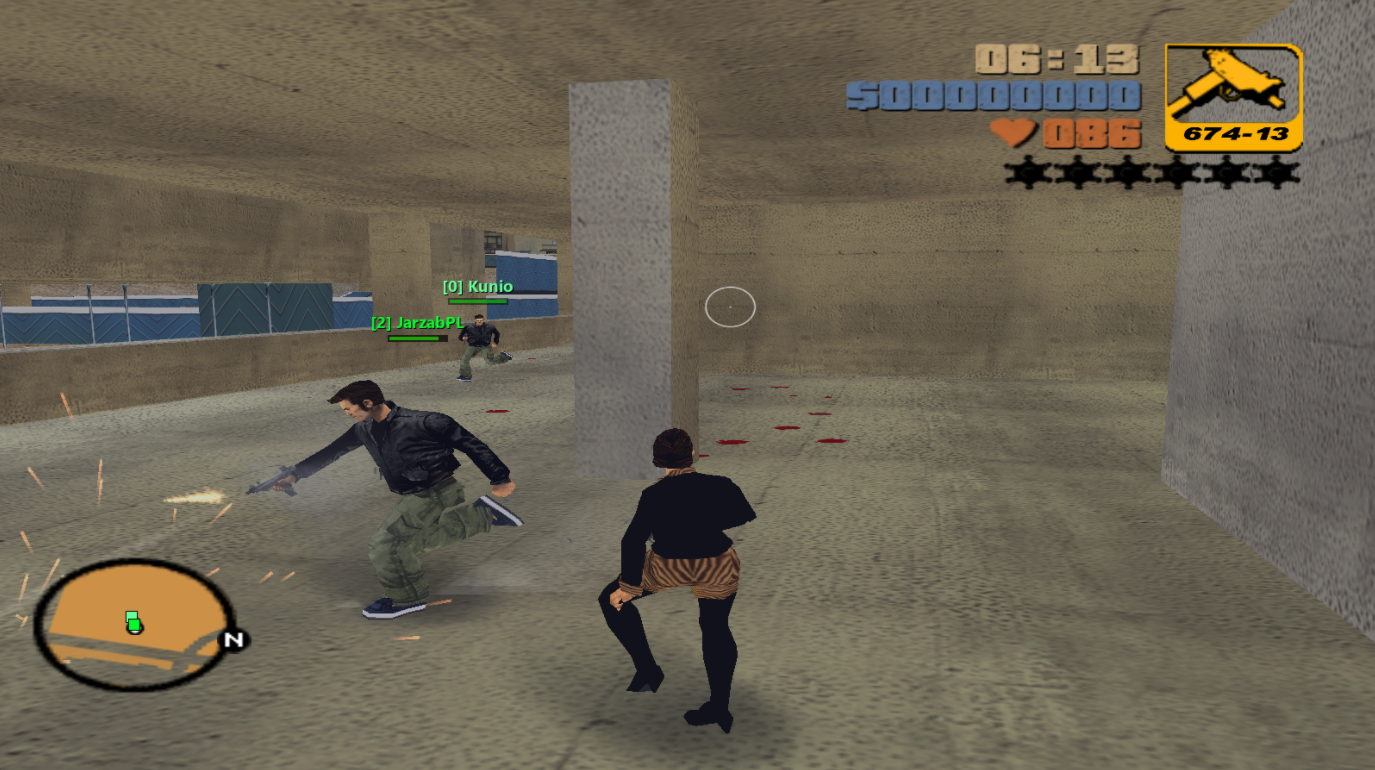 Last post by mommy - October 29, 2022, 08:48:02 PM
I did set it to both; it's confusing to me because all the port checkers I've tried say that 22000 is open. Alternate ports in server.xml is leading to the same issue. I have no problem connecting to other servers myself. I was able to receive an outbound connection when testing a minecraft server.
#5

This happends when I press launch and try to join any server. I've tried it on 2 computers with fresh installs, I've tried diffrent downgrade methods, including the files that are from this site. I've tried both 1.0.7.0 and 1.0.8.0. Running GTA SA Connected works instantly, and running the default GTA IV version gives me the the "wrong version error" at the connected launcher. Which is excepted of course, just tried it to see if its the core game or the launcher that is giving me errors. I have no idea whats wrong and really need some help.

I'm having the same issue but allowing through firewall isn't fixing it.
My ports are shown as open when I use a port checker, I deleted the freeroam resource, and I'm able to connect through localhost; but trying to connect to my IP always results in a timeout. 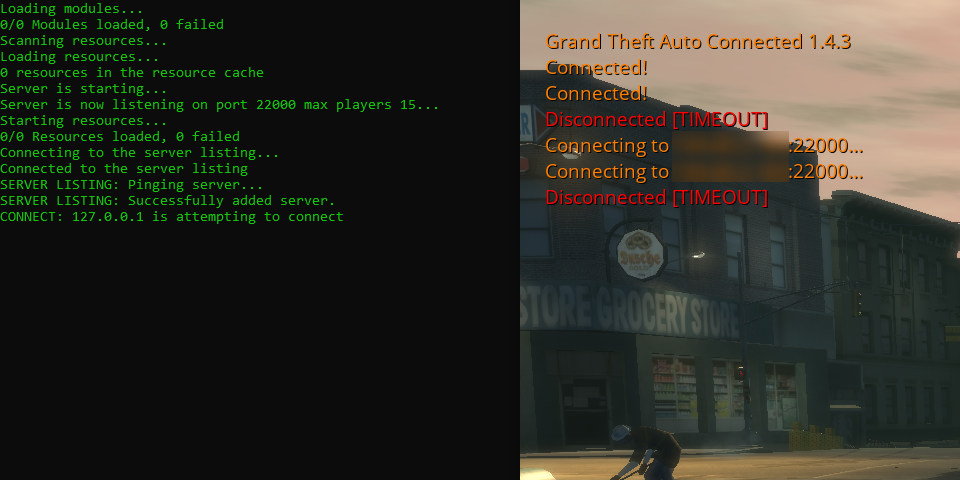 Scripting Releases / Re: Basic Set Of Commands For ...

Scripting Help / Re: Force game to start and gi...

You can use a hosting service to keep your server online 24/7. Check https://gtaconnected.com/hosting for a list of available hosting providers.
Pages1 2 3 ... 10